Transformed US Benefits? Merging Towards The Global Trend

- September 12, 2016
Enrollment time: Hot topic lately. Also, popular among all talks these last few years has been the topic of Healthcare and benefits. Consequently, benefits have slowly but surely taken a new path in HR, apparently mimicking those offered globally.

Eye Opening Chart: Who Stands out?

Looking at benefits on a wide scale, we know that they are, in fact, particular to each country. They differ widely from country to country. In fact, even the most common benefits among developed economies are far from being equal: Denmark and France are on top of the chart while Ireland and the U.S. are at the bottom, ranking respectively 7.3 and and 7.2 vs. 2.3 and 0.3  on a scale score of most to least generous,  the U.S being a benchmark (Llewellyn Consulting Feb 2016 report). Different societies, different standards. Check it out here. Evidently, Europe is always leading but do other countries stand out as well? One could mistakenly think that benefits are quasi-non-existent in less developed countries. Nothing could be farther from realities: they simply take other forms. One fact is that there is insufficient survey data related to non-multinationals to ascertain benefit policies and practices of local companies in less developed economies. Furthermore, it takes a good understanding of local cultures and policies to understand the forms of benefits offered in any given country. What US workers and employers could see as a "requirement" could in fact be some form of employee benefits, such as "mandatory" vacation in Romania, or such as the still clear division between sick days and vacation days in most countries versus the now more common a pool of paid time off in the US. Compare worldwide leave policies here. Conversely, articles on benefits offered in the US that lean towards a new form are emerging. US employers are facing increasing competition in talent attraction and retention and are getting creative, mirroring to some extent benefits more commonly seen on a global scale.


Defining Benefits on a Global Scale

Benefits should be what it really means: benefits. That is, NOT an entitlement. Most benefits are non-mandated ones- granted the now not so new Healthcare Law has somehow changed that notion -. While in other parts of the world healthcare benefits was the least of all benefits, in the US it has not always been the case. Indeed, in most countries, the main advantage of being employed would be to have your healthcare "supplemented" thru  your employer, in one from or another, whatever the size of the organization. A bit confusing? When employees were surveyed on the importance of health benefits, results showed that while only 18% of a potential extra budget would be allocated by all (employees surveyed) to health benefits globally, in the US it would reach 29%.  Indeed, being "employed" globally is merely a path to better (enhanced), and easier access to healthcare, if not guarantee to "better" (quality) care, since basic care is/was universally offered in most instances thru one organization or another. From a different perspective, accessibility to better quality care at a lesser cost is more relevant to salaried workers vs. self-employed or hourly workers. Consequently, healthcare benefits was not really on the bargaining table whenever hiring for "valued" positions, nor had it a real effect on attrition and talent management. Instead, "benefits" (a more general notion, globally) refers to more than, if not anything but, healthcare. In the US those benefits would be referred to as "perks".

What Do You Put On The Table?

So, what is on the bargaining table for candidates, especially the highly-valued ones? In sum, enhancement of quality of working life. Interestingly enough to say the least, many HR or employers find it hard to believe that many companies around the world have all along been offering many of what we would consider "prime" benefits in the U.S. Designing and setting up a competitive benefits package in other parts of the world requires more than creativity: it calls for willingness to understand both society and workforce, and a sense of optimization given, in many instances, limited means. Branding and competitiveness within tight budget oblige. Nothing new, right? From a global perspective, it is always surprising to hear that US companies are somehow lagging on such initiatives. Maybe transformation is slow coming because "progress" in the US has been linked to "standardization" for the sake of streamlining. And of course, cost being a prime concern, offering "benefits" was never a priority. Today, cost of attrition and talent management calls for change in benefit approach. And while we don't say much about the cost of "burnout" and disengagement whenever it comes to benefit design, it is certainly also of growing consideration. Although the new face of benefits is not going to be a blooming trend in most U.S. organizations, it is a positive step towards global approach to benefits. Top employers understood that work is not just "work" for the employee. There is a strong linkage between work and life, and in that search for work-life balance comes into play the offering of the best perks. Perks from gym memberships and concierge service to family vacations are no longer reserved to highly paid executives. It is a tool to attract and retain talent at all levels. It is also a tool to maintain a healthy, happy, and fully productive workforce.

Popular posts from this blog 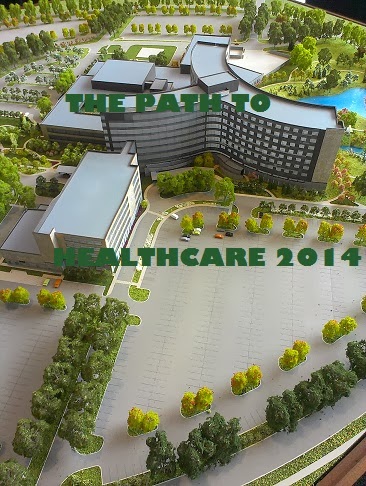 Here we are stepping into January 2014, and the healthcare subject is of a major concern to employees and employers alike. Until now, decisions on eligibility for voluntary benefits has been the employer's prerogative. Health benefits were by essence not a mandated benefit.

The landscape of healthcare regulations has dramatically changed with the Affordable Care Act (ACA). Nothing seems to be really firmly set yet. One thing appears to be certain: the cost is skyrocketing at all levels.

By now, large employers have already rolled out their programs and made necessary addition to their benefits staff. Individuals who wanted coverage to start with the new year have already filed their applications. It is somewhat different for smaller employers since their mandate on Healthcare coverage requirements is being delayed.

In any event, here are a few key points as a reminder or a reference for those of us who still need it. 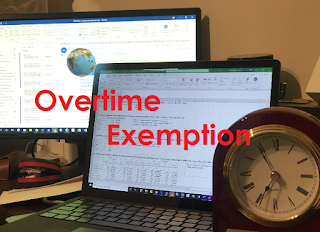 Out of curiosity, what are the rules on overtime in other parts of the world? We are going to limit ourselves to similar economies, in Europe. You can see a very explicit chart for European coutries here. Basically, there is the definition of wage and hours work, and principles of compensation.
Simply put, other countries have various definitions of what we group under the term "overtime", and their modes of overtime computation vary on the classification of the "overtime" in question.
First Things First: Employment is A Safety Net For comparison sake within so-called developed countries, you can have an insight on the rules in the EU here. For a better understanding of the difference in principles defining employment, the major and primary difference lies first into the work contract itself.
- US: Employment at-will is the common rule and practice
- EU: Employment is contract-based. Note: the employee is actually an "employee" in the full definition of i…
Read more 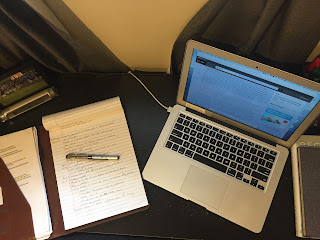 As we are navigating the new ways of work, one aftermath of the pandemic for many of us is the unpleasant discovery of unvisited or neglected matters: our mental wellness. More than ever HR has to embrace its evolving approach to its core responsibility: HR is about "the whole person".

The pandemic has brought to the surface so many elements that neither HR nor the people had thought about, although always existing. To me, the two major concerns about mental wellness are depression and domestic violence. I have to admit that I never seriously thought about it until I lost sleep myself and couldn't understand why I was so inexplicably restless and unfocused. Quite a few people I talked to shared similar occurrences. This can only be exacerbated by the sense of isolation from familiar working environment as we work from home or are still transitioning to go back to work. If any of this happened to you, you are quite normal in highly abnormal times, and in an environment t…
Read more 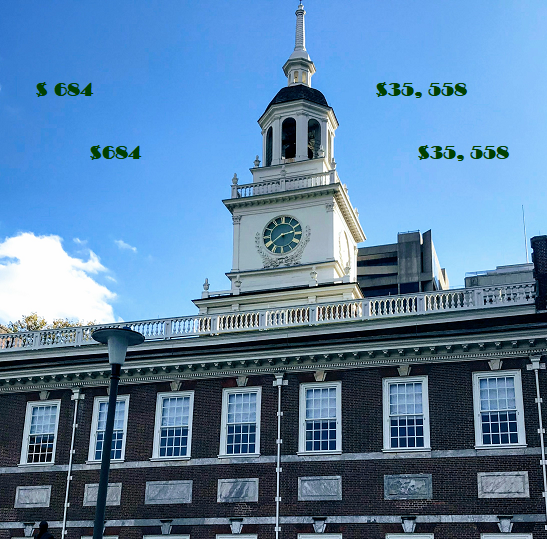 It is a New Year, after a busy end-of-the year for all,  and several topics are awaiting for HR to address. This is a quick conclusion to our previously introduced Overtime Exemption series from last year, as the subject has recently been visited and revisited by many subject experts and organizations. We will bring the subject to a close, for now, in this note with a global peek snapshot.

Exempt from Overtime Pay: Those making  at least $684 a week
By now, organizations are set for the new Overtime rule: employees, including salaried ones who don't meet the duties test, who make less than $684 a weelk or  $35, 558 a year will be entitled to overtime pay. Overtime pay calculation has not changed: 1.5 times the hourly pay  (refer to specifics for proper calculation). Curious to see what European countries do? see here for the "minimum wage" and here for the compensation of  those who meet both the notion of salary and duty test, or "cadres". 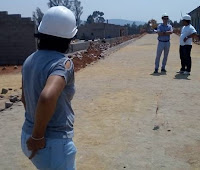 I am back after a long summer hiatuswith Breaking News today: The DOL has finally issued a final rule on overtime exemption, raising the minimum salary exemption level to $684 a week or $35,568 a year. This takes effect January 1st of 2020, a new year gift to employees and employers alike.
For the story, let's look back at my previous post on the subject of minimum wage, and at what other countries have in store. Where do we stand on the global scale with so called developed countries? However, first things first: what overtime exemption entails?
Defining Exemption
Overtime rules refer us to the  Fair Labor Standards Act (FLSA). Basically, for any hours worked over 40 hours during the week, an employee paid under $684 a week will be entitled to overtime pay, that is 1.5 times his/her hourly wage. The new rule is expected to impact 1.3 million workers.
As a refresher and as a rule of thumb three tests are required to meet the exemption definition: The salary basis test: the worker mu…
Read more 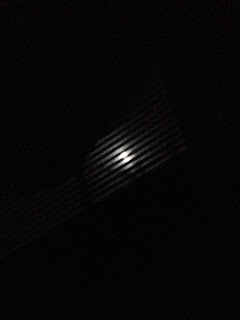 This is a Time of Disruption
To many if not all of us, Covid-19 has been a time of disruption. It is a disruption to our daily routine: work and daily life, continuum, momentum, sense of security or insecurity. Worklife is being redefined for the long term. Let's pause for a moment and make a bulb for ourself.  Where are you now?

Change is Around You and in You
First it was an annoyance, then a concern, and later on a burden, but now it is a dramatic reality that change will be forever, for both employers and employees.

For a moment, I would like to not inundate you with practical information in this post: we have been, on a consistent basis, smothered by Covid-related information (cf. top of page) and communication of all sorts.

On the contrary, this is an invitation to take a deep breath and to think about you, as a person, as an employee or employer, and take a moment to think for yourself. Where is this leading you? Where do you want to be? If you have been moonlighting becau…
Read more